Hall of Honor Members
Maui High’s Hall of Honor was created in 2011 and annually recognizes individuals with ties to Maui High School who have made outstanding contributions to the legacy of our school and to our school community.

Silversword Heritage Award- Awarded to an alumnus distinguished in life and work.

Past President of Bank of Hawaii 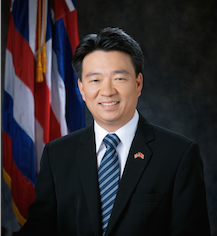 Award of Excellence- Awarded to an alumnus who has excelled in their field or profession. 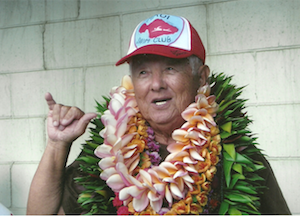 Spirit of Maui Award- Awarded to an alumnus who has made a difference in our community. 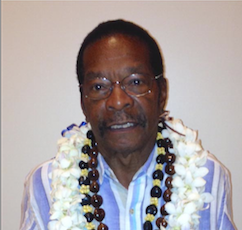 Inspiration Award- Awarded to a faculty member past or present who has made a difference to the students of the school.

Silversword Heritage Award- Awarded to an alumnus distinguished in life and work.

Ethnobotanist and author of numerous publications, she taught thousands of students to respect the land and things Hawaiian at a time when that wasn’t the “in” thing. She was the first woman to earn a degree in agriculture at the University of Hawaii, worked more than 40 years at the Pineapple Research Institute, then at the University, and gave her time to Lyon Arboretum, developing an ethnobotany garden named in her honor.

Established HM Electronics, Inc. (HME) and developed the professional wireless microphone used in the entertainment industry and also the first wireless full-duplex intercom system, for which he received an Emmy Award. In 1982, the company revolutionized the fast food industry by developing the first wireless drive-thru intercom system which is now the industry standard.
Award of Excellence- Awarded to an alumnus who has excelled in their field or profession.

Youngest U.S. Postal Service executive, at age 34, for the Pacific Rim, overseeing 4000 employees.
Served with the 101st Airborne in Vietnam and joined the Hawaii Army National Guard, rising to the rank of Brigadier General. He is the recipient of prestigious honors, including the Silver Star, Bronze Star, Purple Heart, and many more.
Spirit of Maui Award- Awarded to an alumnus who has made a difference in our community.

Maui County Council Chairperson. Former Executive Director of Maui Economic Opportunity. Her life seems to revolve around community service. Gladys has become one of the strongest and most trusted public servant in county office and prior to her political career, she had also made huge differences in the well-being of our community through 37 years of service with MEO.

President and founder of Stanford Carr Development, one of the most innovative and dynamic real estate developers in the state. He has garnered many awards for his distinctive and successful master planned communities inspired by cultural diversity and Hawaii’s natural beauty.
Inspiration Award- Awarded to a faculty member past or present who has made a difference to the students of the school.

A former teacher at Maui High School who went on to become the longest serving principal as well. He oversaw the transition from the Hamakuapoko campus to Kahului.
Saber Spirit Award- Awarded to an individual who is an unsung hero to the school.

A driving force in the effort to preserve the Hamakuapoko campus. She was one of the group who petitioned the Mayor to cancel plans to bulldoze the campus and to allow a private group to take over responsibility for its maintenance and safety. She has also worked tirelessly to maintain a database of H’poko alumni to keep all abreast of campus happenings.
﻿﻿-2012 Honorees-﻿﻿

To Maui’s former Mayor, for his exemplary story of dedication to the betterment of his community, his commitment to creating opportunity for upward mobility, and for the many other successes he achieved during his career in public office.
Award of Excellence

To a long time school hero and former football Head Coach, for his success in leading the “Never Surrender” Sabers to a number of wins during his reign as Head Coach and for securing a number of Championships on the local and state level.
Spirit of Maui Award

To an alumna of our early years, to celebrate her efforts in preserving the rich culture and history of Maui through her work as a writer, journalist, and county historian.
Inspiration Award

To our former Auto Technology Instructor and virtually full-time Volunteer, for his inspiration and over the top commitment to the students that entered his classroom.

To our former Math teacher and current longest serving staff member, for her faithful service to the school and her love for the entire Saber community that she has shown for more than half a century!
-2011 Honorees-
Silversword Heritage Award

To a soldier, for his heroic story of service and sacrifice as a protector of our country, for his exemplary work which earned him numerous military honors including 4 Bronze Star Medals with Valor, 2 Purple Hearts, various Combat Action Ribbons, Iraq & Afghanistan Campaign Medals and various other Commendation Awards in honor of the major role he had in saving lives and protecting others, and for his dedication to family as a loving husband and father.
Award of Excellence

To one of our most notable alumna, for her outstanding achievements as the first “woman of color” elected to the U.S. Congress where she worked tirelessly for civil rights, women’s rights, economic justice, education equity, civil liberties, peace, and the integrity of the democratic process. Through adversity, she was able to champion legislation that has positively affected millions.

To a successful business man who has never forgotten his community- serving many years on various civic boards and organizations, annually sponsoring the MHS Citizenship Award, and being recognized in 2011 by Governor Neil Abercrombie for his admirable work and commendable support of education and athletics among many more community accomplishments.
Inspiration Award

To an educator who taught well beyond class time and subject matter, inspiring students to realize their highest potential and beyond. For his thorough dedication to the art of teaching that leaves an impressive Science Bowl legacy for MHS and more importantly an extensive list of students who have found their way into our nation’s top universities and most prestigious companies.
Saber Spirit Award

To a pair of champions who have led the way in the restoration of our beloved Hamakuapoko Campus, re-igniting the Saber Spirit among hundreds of alumni as they rallied around a common goal and worked together to bring life and purpose back to the site of the original Maui High School campus.