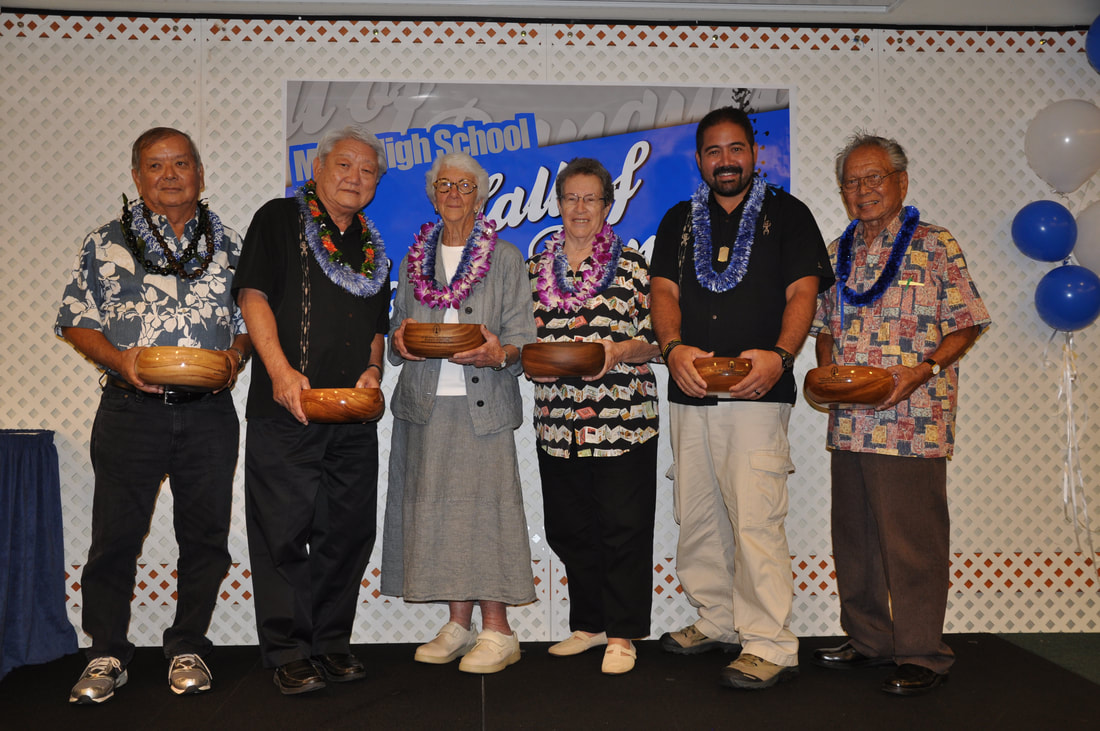 Selection process - Chairs for Maui High School's Hall of Honor are appointed by the President of the Maui High School Foundation. Hall of Honor chairpersons assemble a Selection Committee each year that must include at least two MHS alumni, two MHS Faculty members, two MHS students, and two additional members of our local community. The Selection Committee accepts nominations from the public all year round. All nominations received by the spring deadline as set by the committee are considered for the current year's awards. Honorees are announced in the summer. A Hall of Honor Banquet Committee is assembled to coordinate an awards banquet in the fall to formally honor the new inductees.

How to make a nomination- Nominations can be submitted year round. Anyone may obtain a nomination form from the Foundation website or by email request to hallofhonor@mauihigh.org. All submitted nomination forms should be as detailed as possible about the qualifications of the nominee for the respective award. Nominators may be contacted for more information on the nominee. All nominations received by the spring deadline, as set by the Hall of Honor committee each year, are considered for the current year's awards. For 2022, the deadline for nominations is Friday, May 13, 2022.

How to purchase tickets to attend the awards banquet- Sponsorships and tickets generally go on sale beginning July until sold out. Check the MHSF website or contact the school to find out when and where tickets will be available. The Foundation accepts cash, check, and credit card payments. You may also request tickets via email at hallofhonor@mauihighschoolfoundation.com
​